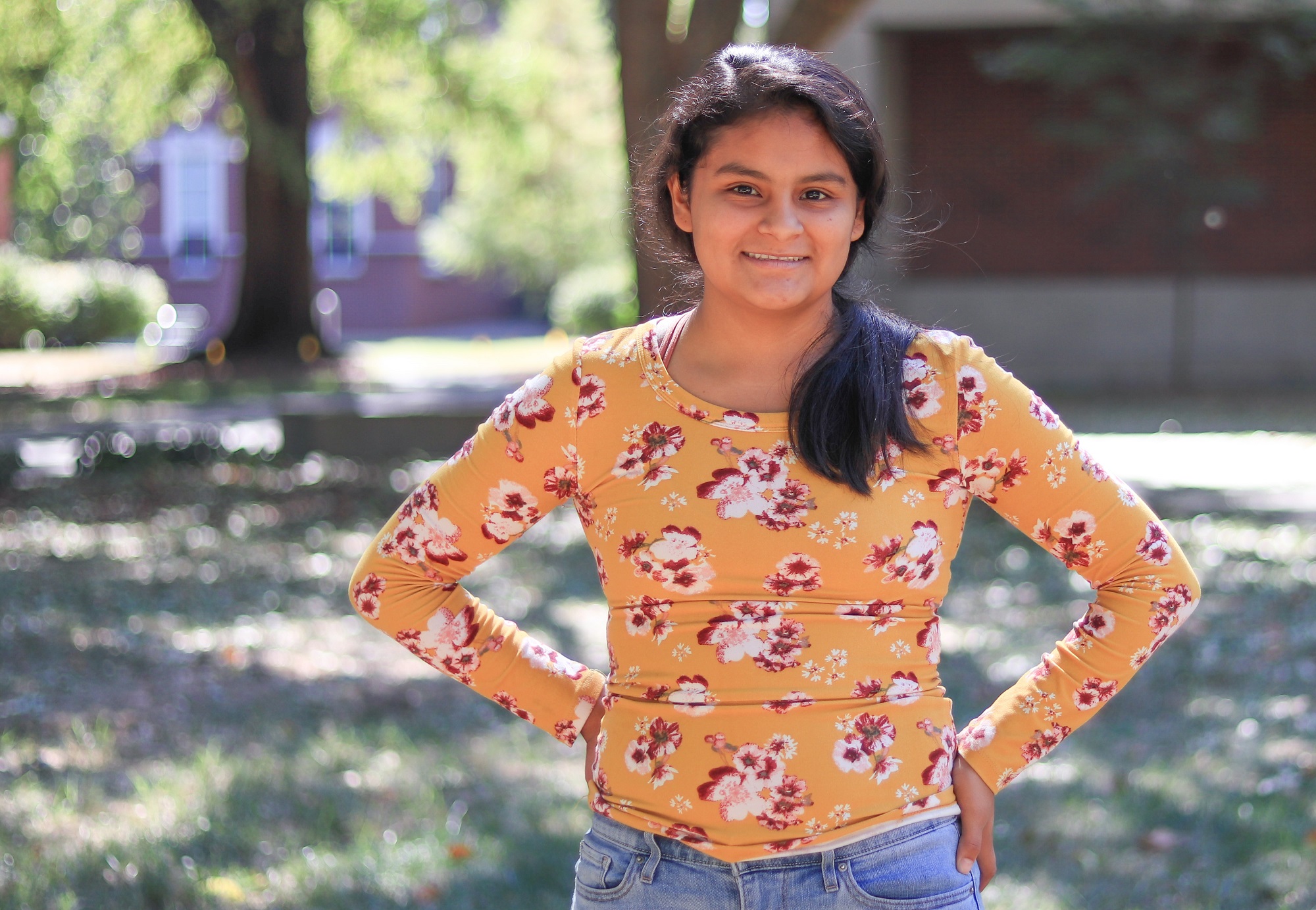 Claudia was born in Peru, but she and her family fled corruption and immigrated to the United States when she was 8 years old. She moved to Kentucky with her mother and two younger sisters. While her mother worked, Claudia was raised by her neighbors. The transition to her new country was challenging. Claudia had been ripped from everything she knew: her family, her culture and her friends. She struggled to adjust. Eventually, Claudia was removed from her home and lived in two foster homes. Her emotional health deteriorated, and she needed extra care.

We were there for her when no one else was. Claudia was placed at the Kentucky United Methodist Children's Homes (KyUMH) residential treatment program. "It was really hard to adjust," she recalls. "I wanted to be on my own." Despite her reservations, our staff worked hard to create a place for Claudia to learn and grow. She says of the Mary Kendall campus: "It was a good environment, a friendly environment... it was nice."

She received counseling and round-the-clock supervision by a caring staff. "I was able to express myself to everybody, and they didn't get mad at me for doing something bad, they just let me be." KyUMH staff helped Claudia stabilize her mental and emotional health. She says no matter her attitude, "they always tried talking to me, giving me things to cope, like breathing exercises."

Our staff made sure Claudia was equipped with the resources she needed to be successful and support herself. When public school was not a good fit, Claudia enrolled in an alternative high school and graduated with good grades. She then transitioned to Mary Kendall's Independent Living Program, where residents "learn life through mentoring relationships" says Clinical Director Barbie Estes. Our Independent Living staff is equipped to help residents write a resume, find jobs, meal plan, and consider options for higher education. While at Independent Living, Claudia applied and was accepted to college! KyUMH staff celebrated her accomplishments and helped her move into her dorm.

Now, Claudia is adjusting to being truly independent. She rides the bus to get around the city, manages her full class schedule, and even participates in student organizations. Since she's an undecided major, Claudia has started talking with her instructors to begin making decisions about her future. She's also learned about the mental health services on campus. "I'm taking advantages of resources that are being offered to me," she says. "That's something I learned at Mary Kendall."

Because of KyUMH, The world is wide open to Claudia. She's considering options for her Bachelor's degree. She's rediscovering her love of playing piano and violin. She is meeting new people and getting involved on campus. In the future, she hopes to go back to Peru to visit her family. Despite learning to be independent, Claudia knows she can rely on us. "I still try to call the staff at Mary Kendall and I try to include them in what's going on in my life," she says.

We are Claudia's biggest fans! In a year, thanks to the grace of God, she transformed into the capable, confident person we always believed she was. We are thankful to be part of her story.