Bringing Hope to Children Since 1871

You are part of our history!

Thanks to the generous support of thousands of people across the United States, the Kentucky United Methodist Children's Homes celebrates 150 years of Hope in 2021.
Explore KyUMH's History on the timeline below. 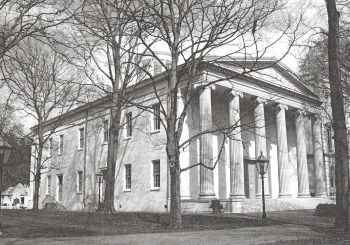 The Civil War left countless women and children destitute after losing their husbands and fathers. Methodists in Kentucky were moved to care for them. On March 18, 1871, the “Methodist Episcopal Church South Widows and Orphans’ Home” was incorporated by the Kentucky State Legislature.

Photo: the original Kentucky Capital building, which the legislature would have met in when they incorporated the Widow's and Orphan's Home. 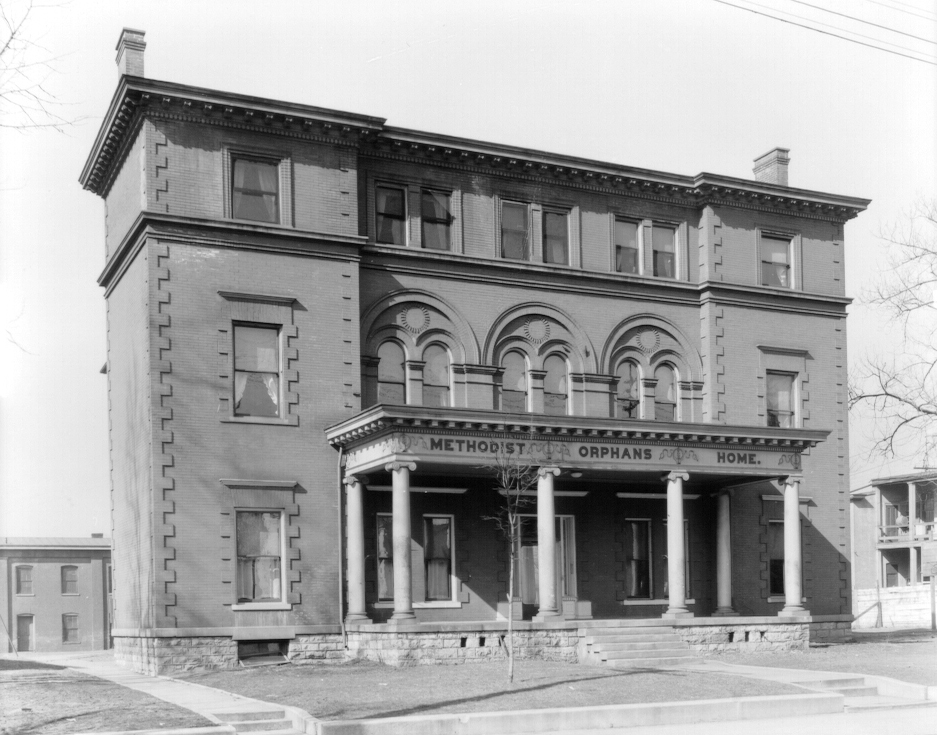 After over ten years of planning and fundraising, the Widows and Orphans' Home is officially opened at 812 South Fifth Street in Louisville, KY. Mrs. Sallie Burton of Glasgow, KY was elected the first superintendent.

The first child is admitted to the Home.

The Home, which had remained the same since its purchase, is remodeled. All the renovations were completed by volunteers. This allowed the Home to serve three times more women and children!

Since the beginning, KyUMH has relied on the generosity of donors for support. In 1902, a plan was established that Methodist churches would collect special offerings for the Orphan’s Home on the last Sunday of a month with five Sundays. The 5th Sunday Offering has been a tradition – and the foundation of our support – ever since. In 1902, 151 Sunday School classes raised $1,259.70 for the Orphan’s Home (roughly equivalent to $34,000 in 2021).

As the ministry of the Home grew, the Louisville Home became overcrowded. In 1931,the Home “family” of 56 children and a small staff moved to a spacious 123 acre farm in Versailles, Kentucky. On the property were three brick buildings, formerly the Woodford School, which were converted to housing, offices, dining and kitchen areas, and a library.

We grew and expanded on the Versailles campus, adding the Elizah Currens Savage and Marie Mosely Savage Dining Hall, the Patterson Memorial Gymnasium, the Downing Cottage, the Sweazy Cottage, an administration building, the Stamper Cottage, and the Averitt Cottage.

As the United States began to formalize the foster care system in the second half of the 20th century, foster families and kinship care became the preferred homes for children who were orphaned. To continue our mission to serve children and families, we transitioned from being an orphanage to being a treatment home for youth ages 12-17 who had experienced abuse or neglect and needed intensive care.

After a revival in Owensboro, the Owensboro Bible Club formed the Women’s Christian Association in 1904, which was led by Mrs. Mary Kendall. They opened two homes for women and children in their communities, which were quickly outgrown. In 1919 they purchased the current property, and named the home the Mary Kendall Home in honor of its first president.

In 1984, The Mary Kendall Home was acquired by The Methodist Home of Kentucky to serve youth in western Kentucky. Dr. Durham, the Executive Director at the time, brought quilts for all the girls at a merger celebration on October 25, 1984.

In 1987, the Mary Kendall Emergency Shelter program was established, which offers temporary housing and care for youth who are awaiting placement into foster care.

Our Adoption Services program was founded to provide home studies and emotional support for families who are adopting. The case study and court process can be very challenging to navigate without help. Our staff are an integral part of supporting these families. Since its founding, the Mary Kendall Adoption Program has helped nearly 700 children find forever families!

In 1993, ten young adults at the Versailles campus began a 7-month program to learn the skills they would need to live on their own. They learned about shopping wisely, creating a home budget, using public transportation, interviewing, and communicating effectively. They were honored at a celebration on May 12, 1994. Since then, hundreds of youth have benefited from this important program!

While historically KyUMH served youth in need of residential placements, we became passionate about preventing abuse and helping keep children with their families. We developed programs that would welcome families to our campuses to teach them about substance abuse prevention and emotional wellness. In the next five years, we added in-home family counseling to help prevent abuse as well as a home monitoring program for youth with status offenses. By reaching out into the community, we began to help more youth and families than ever before!

As KyUMH’s community-based services grew and the nature of residential treatment changed to focus on youth with significant emotional needs, the board of trustees determined in 2009 to buy property for a new campus. The Versailles campus, originally built as an orphanage, was not equipped for our current programs, and it was more cost effective to build on a new location. The property on Ashgrove Road was purchased in 2012.

July 18, 2016 - Groundbreaking and beginning of construction at Nicholasville Campus 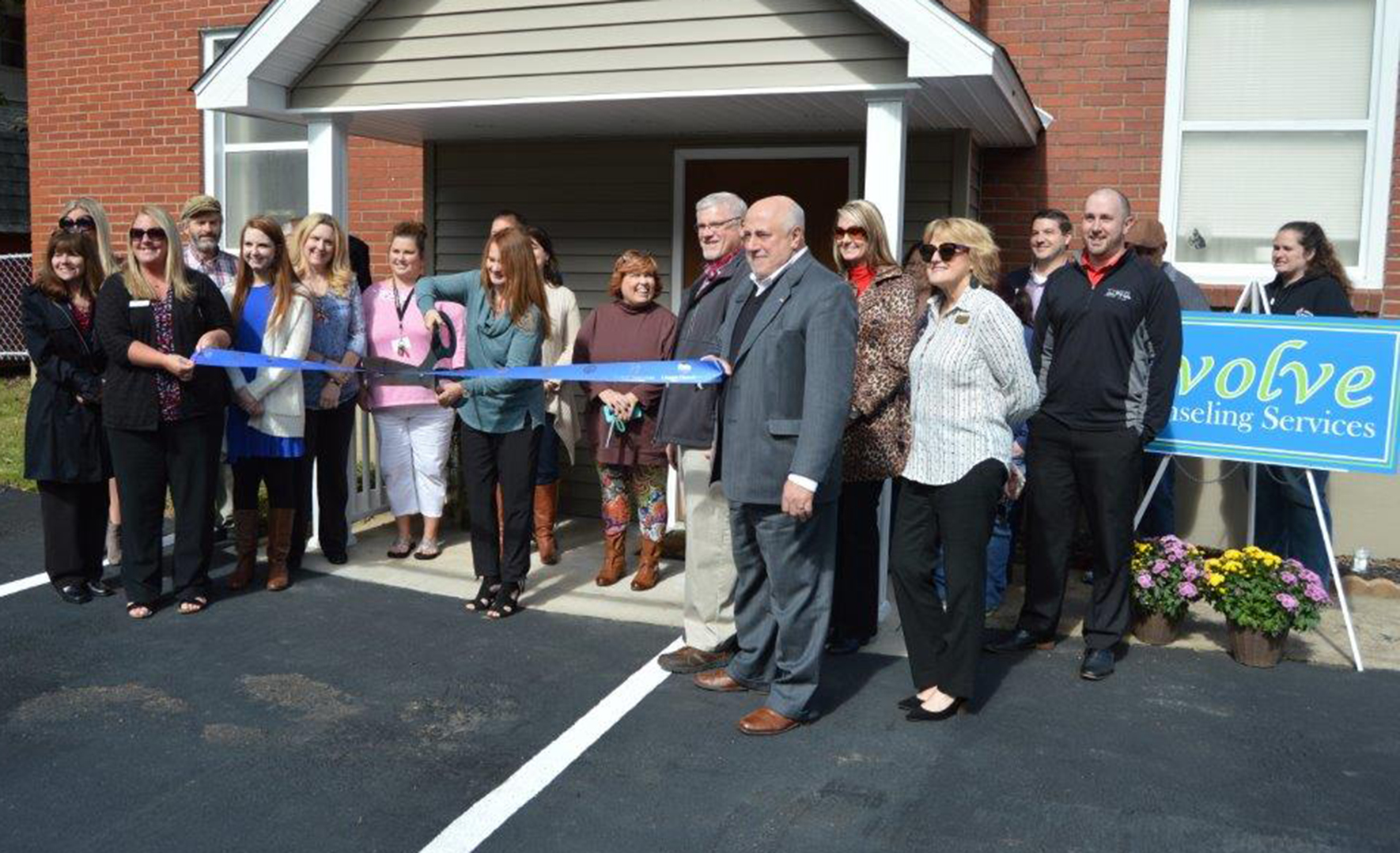 The Evolve Counseling Center offers community outpatient services committed to the wellness of children, adolescents, adults, couples and families. The program is designed to treat the whole person and strives to serve the mental health needs of the community through prevention, intervention, treatment and education. Our licensed staff have a combined experience of over 50 years!