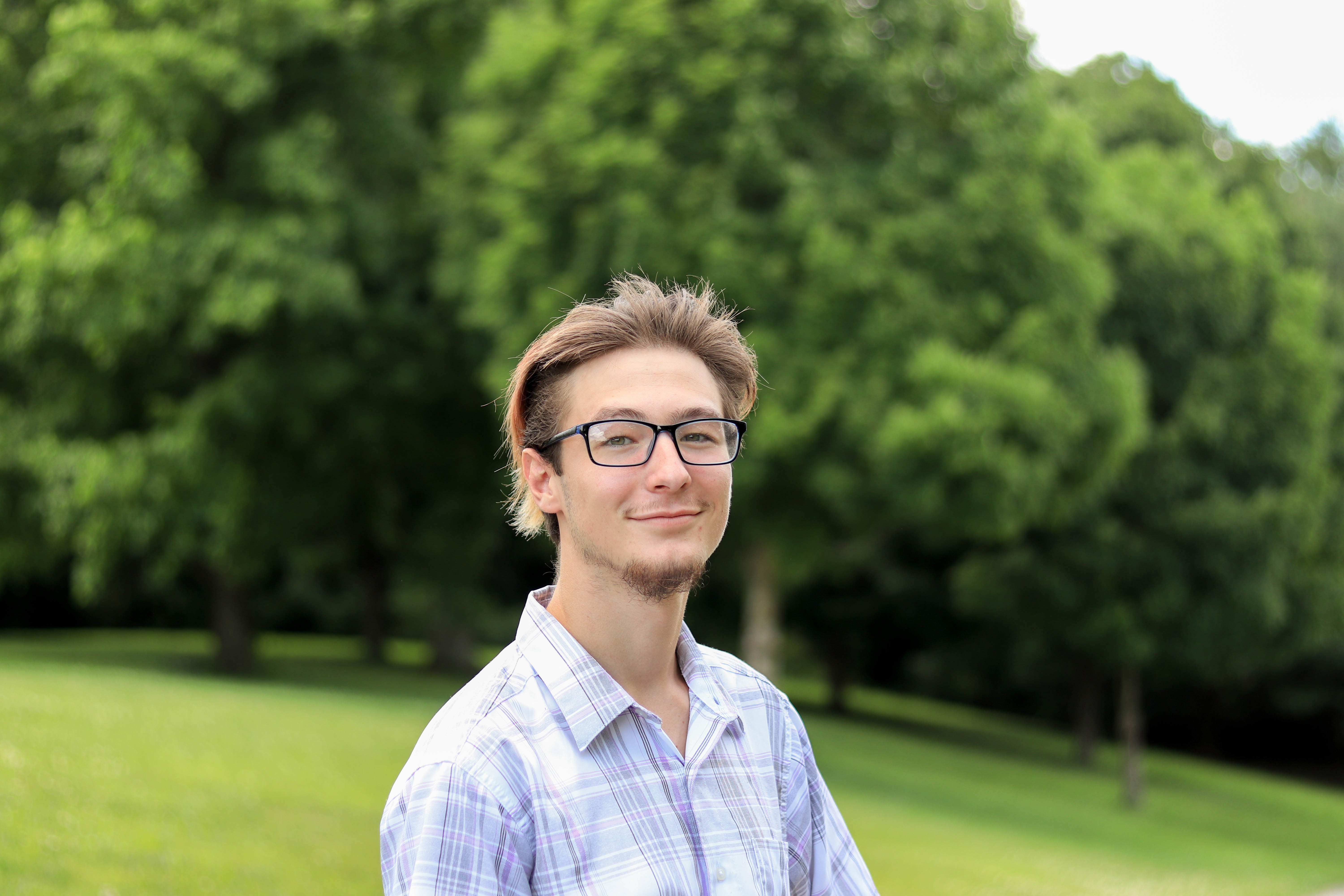 Brandon's story starts with hardship, but ends with hope thanks to his time living at the Kentucky United Methodist Children's Homes.

"I had trouble growing up," Brandon said. As the second oldest of nine children, with both his parents working, Brandon felt his needs were not met as a child. From a young age, he was responsible for managing household chores.

Brandon says he was "in and out"of foster care, but entered the system for the final time at age fourteen. No matter how a child grows up, being removed from family can cause deep wounds that can impact their development and behavior. Brandon arrived at the Kentucky United Methodist Children's Homes (KyUMH) residential treatment program at the age of sixteen to learn to cope with the pain he had experienced.

"When I first got here, I was nervous like always," Brandon remembers. "It's a totally different living arrangement, new people, new everything to you."

Brandon soon found a loving, safe community at KyUMH. "I actually really liked it a lot... The staff genuinely cared for me and wanted to help me as much as possible."

Brandon worked with his staff, including highly-trained Youth Care Associates and licensed social workers and counselors, to develop a treatment plan to heal from his past. A volunteer mentor met with him on a regular basis to get to know Brandon and support him.

Brandon also attended church services with his peers at The Source in Lexington, and formed connections to the community there.

Brandon describes himself as someone who likes to work with his hands, which was evident from his time gardening and cooking at KyUMH. With help from a staff member, he planted and maintained a garden, harvesting forty tomatoes, three pumpkins and two zucchini by the end of the summer.

He used his produce in the kitchen, where he worked alongside staff to prepare meals for his peers.

"Cooking in the kitchen was something that helped me, almost like a getaway. It was one of my coping skills," Brandon says. "It wasn't just about cooking though. Having patience and being able to work as a team are some of the biggest things that I took away from my time here."

After graduating from high school, Brandon moved to our independent living program in Lexington, where he continued to develop skills that would help him support himself into adulthood. He has since completed his treatment, and now lives on his own. The seeds of hope that were planted at KyUMH are bearing fruit.

"I really think I am equipped much better than I was before I came to KyUMH," he says. "A long-range goal is to purchase a house. But with that house, I have requirements. I have to have land so I can build another garden like I had at KyUMH, bring you guys some pumpkins and tomatoes. I'm going to give back to KyUMH."

Thank you for supporting us and being part of Brandon's story and for sowing seeds of hope in his life. You are changing lives!