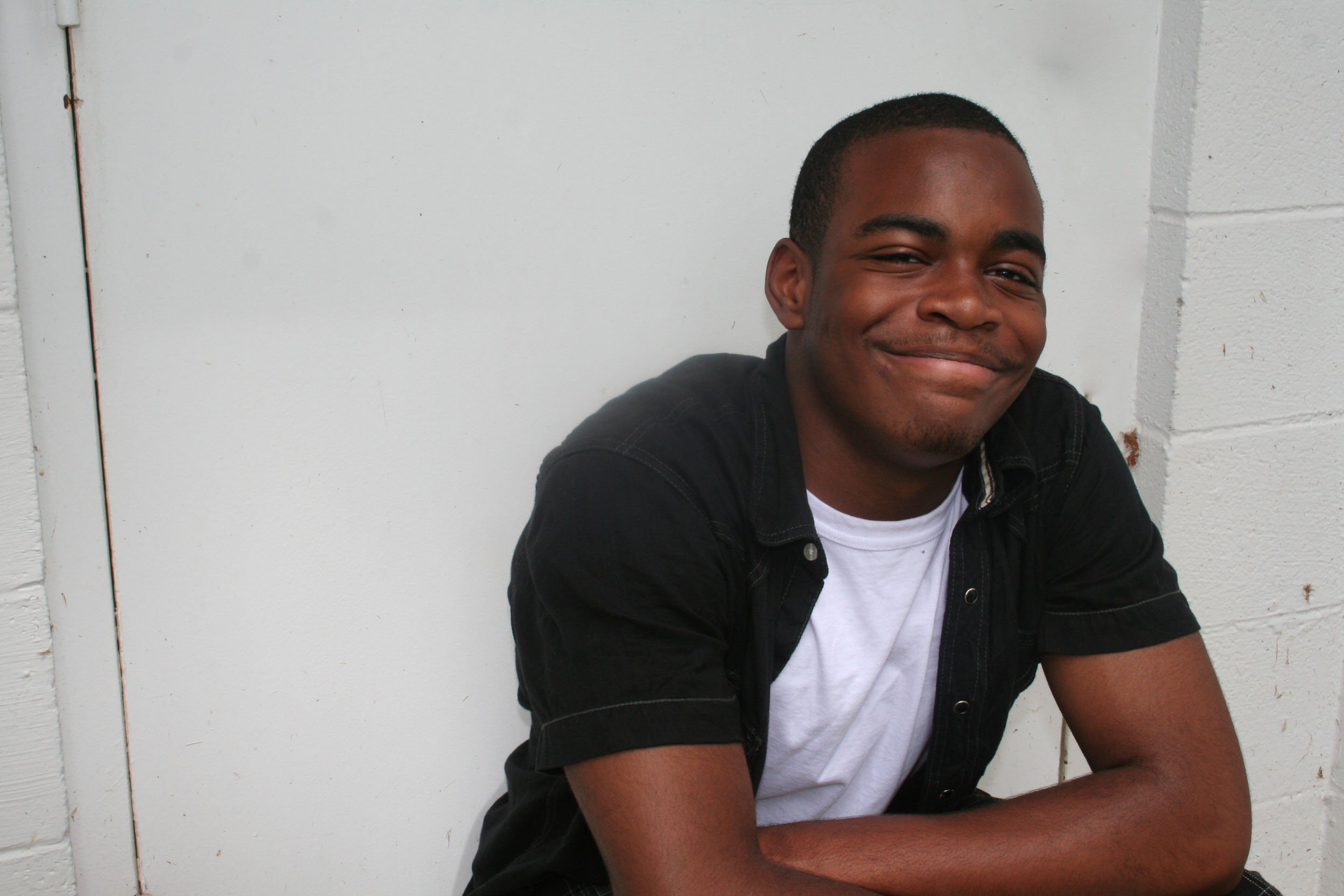 Davaunte grew up in a full house with six brothers and one sister. His parents struggled to manage their most unruly children, using drugs to escape their reality. "My brothers were bad kids...running around with gangs," Davaunte says. "Life was stressful for my mom and dad. I'm not saying that drugs were the answer, but people have to cope with things in different ways... "We had food, we had clothes, but it just snowballed into something they couldn't control."

It was this drug use that led to Davaunte and his siblings being removed from their parents and placed with their grandmother. She also cared for six of their cousins.

"My granny's real old school," Davaunte said. "She'd make you go get your switch, and she wouldn't take the thorns out." When one of Davaunte's brothers went to school with significant scratches across his face and arms from a recent "whooping," the school launched an investigation.

Davaunte was then placed into foster care at age 11, and moved over and over again, sometimes more than once a year.

Instead of being withdrawn and scared, Davaunte was outgoing and always ready to meet people at each new school he attended. However, focusing in his classes was difficult; he later was diagnosed with ADD/ADHD.

Despite academic difficulties, Davaunte never acted out in school. "I was surprisingly resilient. If anything, I felt like school was a safe haven... Every sport I could play, I played it so I wouldn't have to go home."

Davaunte eventually came to the Kentucky United Methodist Children's Homes' (KyUMH) Versailles residential treatment at age 15. As he first toured the campus and the cottages, he thought, "I won't be abused here." He knew he would have regular meals, and he had his own room for the first time in his life. He even received a quilt, handmade with love by a friend of KyUMH.

From the moment he arrived, KyUMH staff poured into him. In addition to frequent mental health counseling, our staff connected with Davaunte over sports. Davaunte remembers a staff member explaining the structure of the program to him over games of basketball, and another staff member who taught him how to lose games gracefully and build camaraderie with his peers.

After spending all his life moving to different households, having the foundation of a safe home at KyUMH changed Davaunte's life.

"Growing up, there was always structure, but there were cracks. There were always ways around the rules," Davaunte remembers. "In residential treatment, you know what's supposed to happen every day. It teaches you structure."

After completing his treatment in eight months, Davaunte went on to live at two more foster homes. He recommitted to state's custody at age 18 and moved to KyUMH's independent living treatment program in Lexington.

At Independent Living, Davaunte lived in an apartment with KyUMH staff supervision. Our staff supported him as he learned to live as an adult. Davaunte enrolled in a program called JobCorp, where he earned his high school diploma and received job readiness training.

When he came back to Independent Living, Davaunte got a job at Kroger and started working toward his future. Davaunte says, "Independent Living taught me a lot of life lessons," like how to save money he earned, how to be disciplined and take responsibility for himself. Independent Living was a safe place for Davaunte to learn what it meant to be an adult before he was on his own.

Now, at age 26, Davaunte is helping the next generation of youth. He is a father to four of his own children, and a Youth Care Associate at KyUMH. He was hired one day short of a decade from completing KyUMH residential treatment.

"I feel like I have a calling for this," Davaunte says. "I'm here to help who I can and try to teach them the life lessons I learned."

For 150 years, generous gifts to KyUMH have helped resilient youth overcome their pasts to build hopeful futures. Thank you for being part of this tradition!