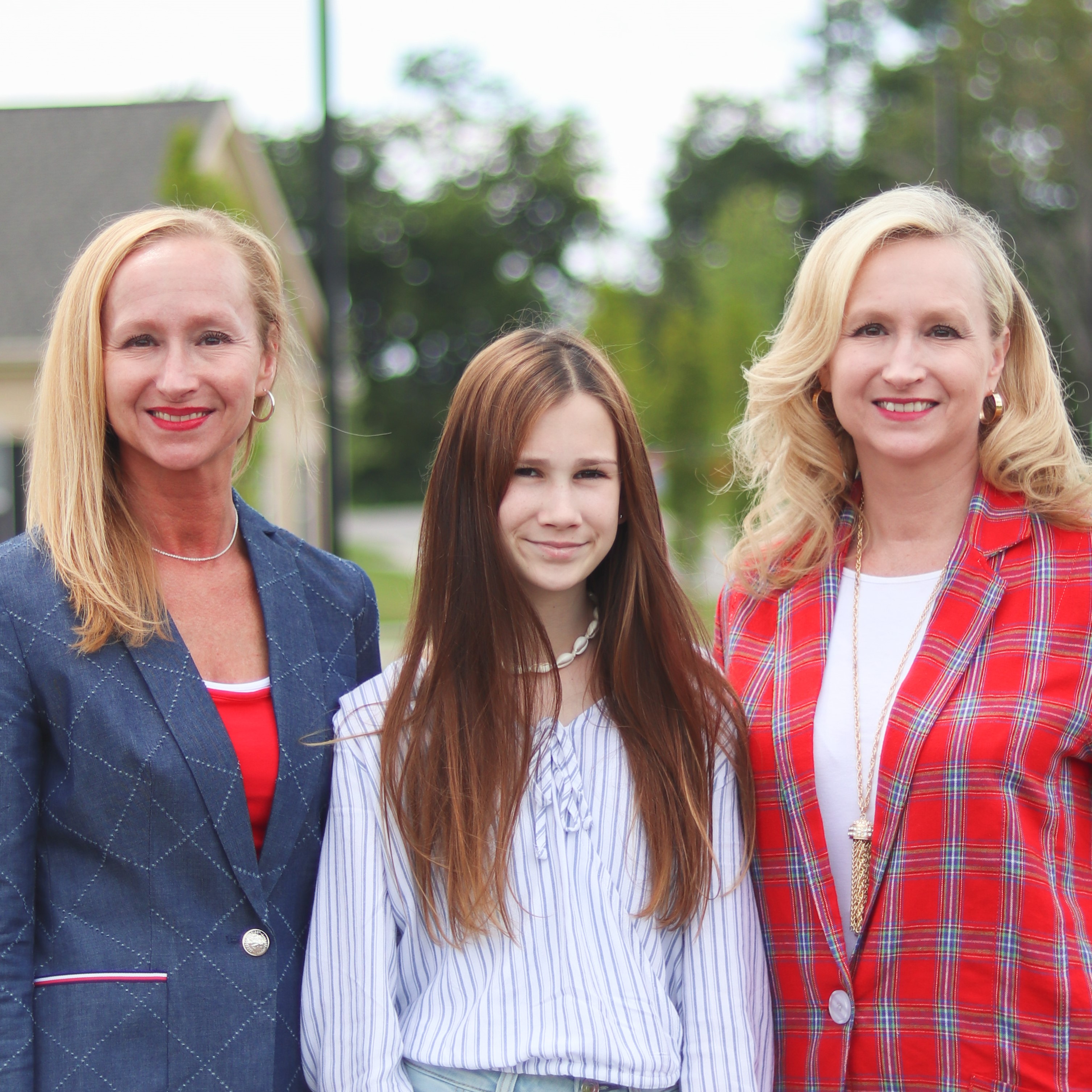 "I remember crying on the way to the Home in the back of our grandmother's Pinto," Jackie says. She and her twin sister, Kathleen, were sent to the Kentucky United Methodist Children's Homes at age three.

"We were begging them not to leave us," Kathleen says. Their mother was only sixteen years old when she had her daughters. One year later, she had a son, and gave her children up to the custody of their grandmother. Three children under three was too much for their elderly grandmother to manage, so the twins and their brother were sent to KyUMH in Versailles, Kentucky.

Despite traumatic beginnings, KyUMH worked to give the girls a normal childhood. Jackie and Kathleen have fond memories of riding horses, running through fields and climbing a huge gingko tree on campus. KyUMH also helped Jackie and Kathleen keep in touch with their family. They remember circling gifts they wanted in a Sears catalog and having family members visit bringing those gifts.

Even though the girls had contact with their family, "I remember that feeling of being the orphan girl," Kathleen says. "When you are in an orphanage or in foster care, there's this unwritten narrative over your life of 'You're not wanted,'" Kathleen says. At school, "You knew people thought of you differently."

But God had other plans for the twins. A turning point in their relationship with their mother started with an accident. "I was riding a bicycle without shoes on, and my toe was injured," Jackie explains. "That's how our mother came back into our lives, because she visited me in the hospital," Jackie says. Jackie and Kathleen's mother had lived a "wilder lifestyle" in her teenage years, but by the time she saw Jackie, she had become a Christian and settled down. Seeing her daughter in the hospital was her wake-up call. She and her new husband decided to bring the two girls home when they were ten years old. KyUMH had nurtured her daughters while she matured, then helped reunite the family. The narrative was rewritten.

From then on, Jackie and Kathleen lived in a stable household. They went to college and started families. Kathleen is a leading scholar on servant leadership, and serves currently as Director of the Doctor of Strategic Leadership Program at Regent University. She has three adult sons between the ages of 30 and 23.

Jackie is a banker and mother to four children between the ages of 23 and 14. "We've had fun being moms," Kathleen says. "When you experience being in an orphanage and being in and out of foster care, you know what you missed out on. You really want your children to have their mother."

The twins say most people are surprised to learn they lived at KyUMH. "It makes a great story!" Jackie laughs. But more than a great story, "It's completely the gospel story," Kathleen says. "You're lost, you're orphaned, and God accepts you as his own, and that changes everything."